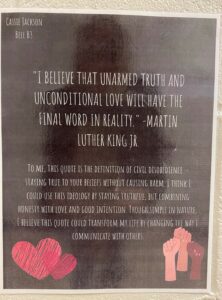 “I think ingenuity is defined by critical thinking, analysis, and creativity,” explained McDaniel, “so I wanted to be sure to appeal to all three of those elements in the unit. It also gives students multiple lenses of access to the speech and mastery of skills and ultimately this gives more access and opportunity for students to showcase their knowledge other than just a traditional academic essay.”

Blackout poetry is the process of taking an article, speech, or page of a book and creating a personalized poem by blacking out the majority of the words on a page. The trick is to leave the “right” words to express an idea, thought, or feeling, and is particularly powerful to amplify student voice.

“Writing can be intimidating for many students,” said McDaniel. “It requires a level of vulnerability to express ideas—especially when it comes to creative writing like poetry. It’s not uncommon for students to feel they don’t have the words to express an idea, thought, or feeling they have which is why blackout poetry is so powerful.” 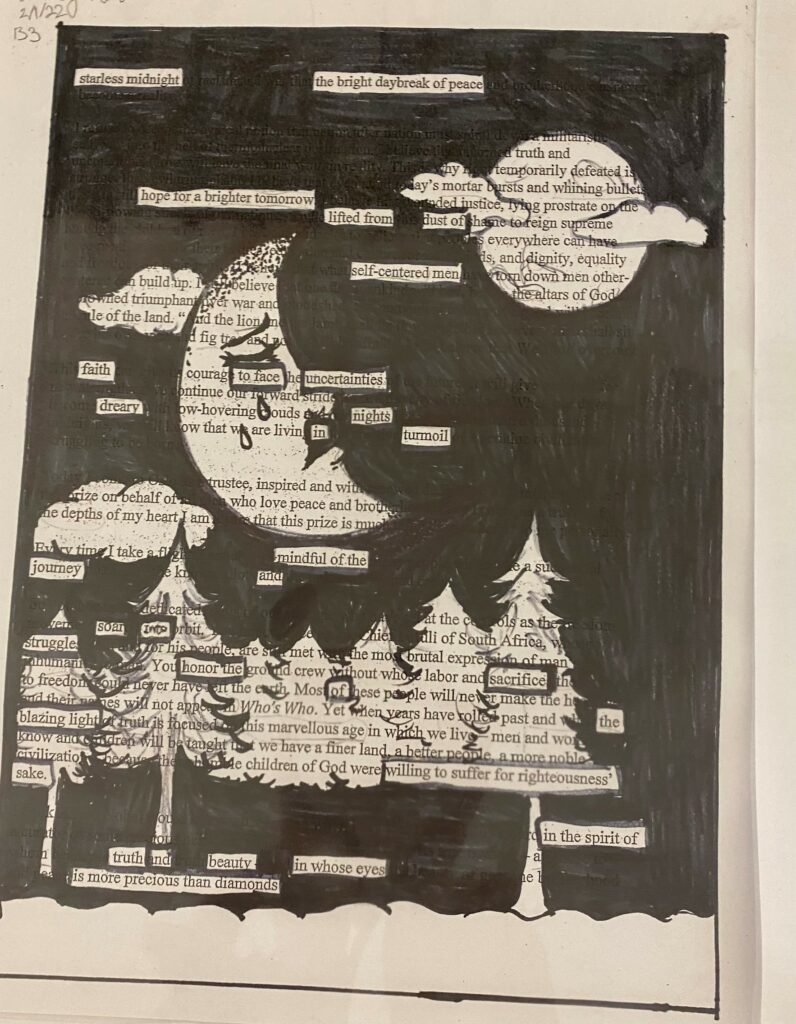 10th Grade Academy student, Cassie Jackson, shared that the most difficult part of the assignment was creating something interesting and appealing from an already outstanding speech.

“Creating something artistic for English class isn’t exactly what most people have in mind for a typical essay assignment, so in that way alone I’d say it’s different,” said Jackson.  “The main difference for me at least was having that inverse of the norm — instead of writing your own words, you’re transforming something that’s already been written into your own unique work that reflects your personality.”