While many students were taking a break this summer, our Butler Tech FFA members were working hard in preparation for the 2021 Butler County Fair. Students and staff attended the fair and competed in various livestock categories including small animals such as rabbits and chickens, swine, goats, and beef cattle, as well as several special interest areas. Many of the students raised their animals for months and then spent the entire fair readying their animals for handling and showmanship during the various rounds of competition. 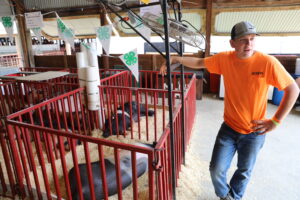 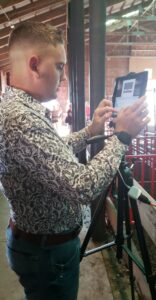 Justin Beckner, a 2020 Talawanda/Butler Tech FFA graduate, took on an additional responsibility last year during the pandemic and personally live streamed many of the shows due to the limited capacity for visitors at the fair.  The live stream was so popular that Beckner partnered with Butler Tech, Talawanda Local Schools, the Butler County Fair Board, In Pursuit Show Feeds, the Butler County Farm Bureau, and FFA – Talawanda/Edgewood/Ross/Butler Tech, to secure additional cameras and technology to continue sharing the action with individuals who couldn’t attend in person this year. 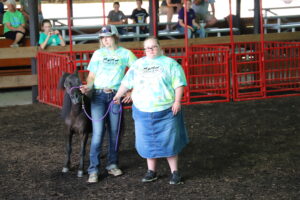 Some of our FFA members also participated in the “Animal and Me” show to provide differently-abled youth the opportunity to show at the Butler County Fair. FFA and 4-H teen leaders received training and then mentored these individuals to share their love of livestock projects.